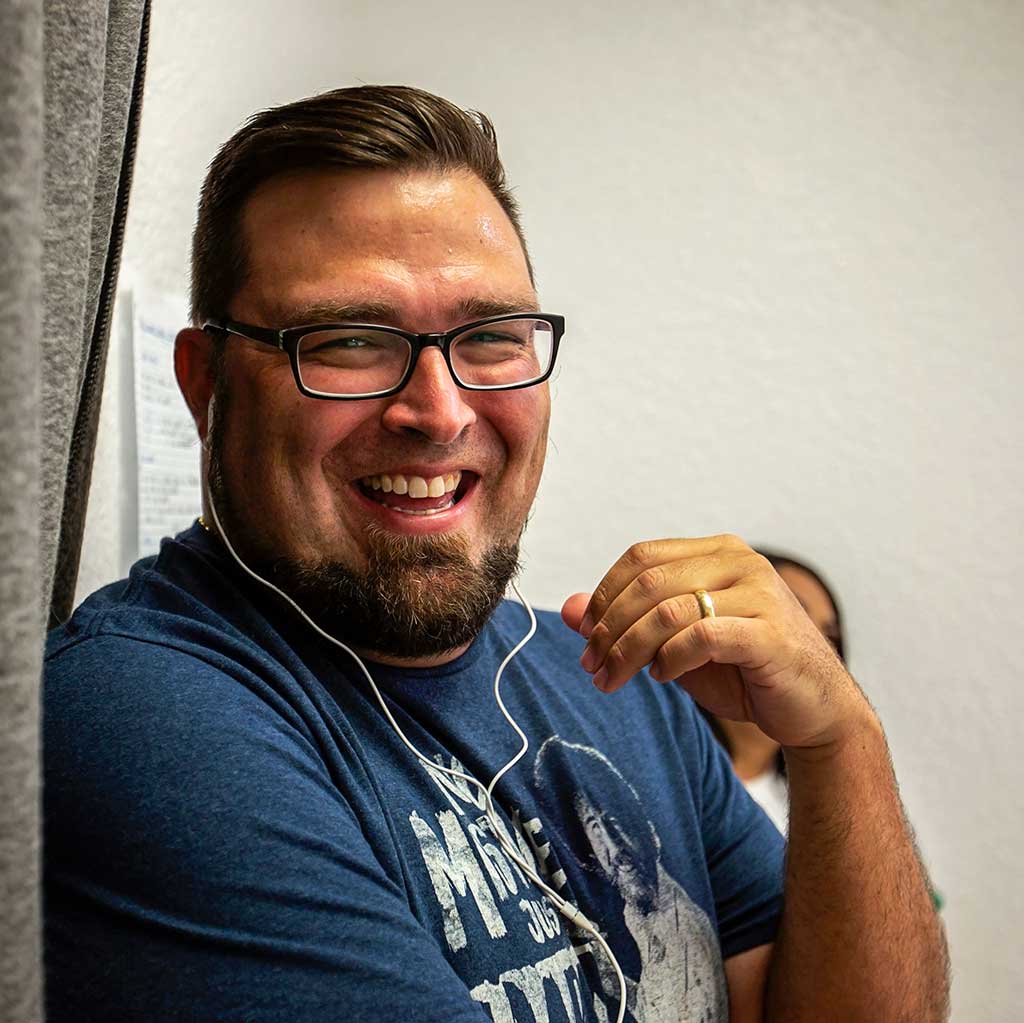 Quinton’s love for making videos goes all the way back to freshman year of high school when he saw Clerks for the first time. When he found out that Kevin Smith made the film for only $20,000, he thought to himself, “Wow, I could do that…”

Several years later, after earning his Entertainment Business Master of Science degree, Quinton was working as a part-time camera guy at The Daily Buzz. He quickly rose through the ranks, becoming the full-time editor in the sales department and, finally, the chief editor responsible for formulating the whole look of the show. But he lost his job when the show was cancelled in 2015. Of course, that cancellation led to Quinton and Kristin taking their skills and using them to start their own business. And the rest is history.

Now, as the owner of a full-service video production company, Quinton’s true love is still making movies and telling stories. While he relishes the opportunity to produce and edit any movies or episodic television he can get his hands on, Quinton captures the art of storytelling in every video he creates.

Quinton is a true believer in the importance of the story, insisting that all videos (even short ads) need to have a beginning, middle, and an end. His favorite thing about his job is taking a client’s story and telling it visually in a way that’s compelling and memorable.

Quinton is an avid baseball fantasy player (20 years and counting) and fan of the Atlanta Braves.

Quinton had his fanboy moment when he got to meet Kevin Smith (yep, THE Kevin Smith) on the set of The Daily Buzz. He got an autograph and a hug, and he’s never been the same.