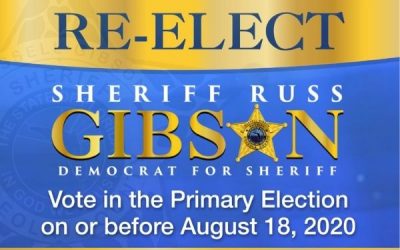 Video Production
Video Editing
Sheriff Gibson hired us for video production to help him with his re-election campaign. We produced the content and shot the video over two full days. From this, we were able to create 10 campaign videos.
|

VIDEO PRODUCTION IS NOT JUST FOR BUSINESSES, IT CAN BE FOR INDIVIDUALS TOO.

Take the case of Sheriff Russ Gibson. Sheriff Gibson hired us for video production in Orlando, Florida to help him with his re-election campaign. We produced the content and shot the video over two full days. From this, we were able to create 10 campaign videos.

The team also helped create the graphics for the video. These visual guides break the ‘monotony’ when a video features a ‘talking head.’ Compelling as Sheriff Gibson may be, cutaways are vital to keeping the viewers’, and voters’, interest. With such an important message, we wanted to make sure that the graphics did not distract from this main point. If anything, it made his message easier to digest and absorb.

In this video, Sheriff Gibson talks about one of his key achievements during his term.

When he first ran as sheriff for Osceola County, he promised to recruit and retain the best deputies and civilian personnel to support the communities. To achieve this, he and his team campaigned for a more competitive pay plan. This applied to both sworn and non-sworn personnel.

As a result, Sheriff Gibson’s office is now on track to fill all vacancies before the end of the year. For Osceola County residents, this means they can rest assured that there is a competent and well-supported team ready to serve and protect them.

With this project, we wanted to highlight each achievement, so viewers have time to appreciate what Sheriff Gibson is saying before the crucial call to action at the end. We wanted to avoid a classic case of information overload, so we did not lump all his key messages into one video.

Our goal was to create cohesive content that would make his constituents think, listen, and commit to voting for him. And with a man like Sheriff Gibson, our work was cut out for us.

SO, WHAT’S INCLUDED IN A VIDEO PRODUCTION PROJECT?

It depends on what you need, really. But essentially, we can help you with whatever it takes to produce a video.

Some clients come to us with an idea and a goal. In this case, our services can include writing a video script and creating a video production marketing strategy. We will coordinate the logistics and the finer technical details. Camera and crew hire? Check. Location? Got it? Video editing software? Music licensing? We’ve got that covered. We have a video production manager who liaises with the client and oversees the process, making sure everything is on time and on budget.

Our team can also help with video SEO. This can help your video gain wider traction and create a stronger impact online.

Some clients already have raw footage and all they need is video editing or scoring. We can do this too. We have packages for different business types and sizes but we’re more than happy to customize our services, as needed. If it’s about Orlando video production, we can help you.

Give us a call now and find out why our clients can’t seem to get enough of us.